Hydration: Are you drinking enough? (Or too much?) 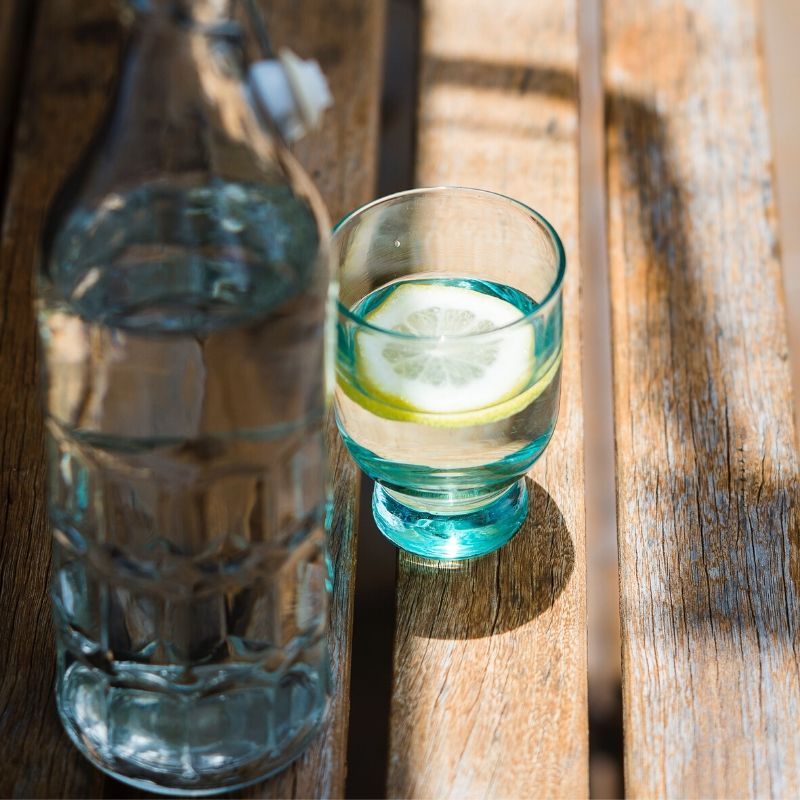 “I know I definitely don’t drink enough water” is often a phrase I hear during my first visit with a client.  I find this interesting because most people don’t actually know how much water they are supposed to be drinking (or they are just going with the age-old “8 cups per day” rule). In fact, many people are drinking enough (shocker, I know!)

But this doesn’t mean that we don’t need to pay attention to it. With summer approaching and warmer temps on their way, many of the athletes I work with have questions about hydration.

Being well hydrated is important, as 50-60% of our body is made up of water and it plays an integral role in many bodily functions including: digestion and absorption of nutrients, metabolic reactions, joint lubrication, and body temperature regulation among others. For the most part, our body does a decent job of staying in fluid balance. However, changes during exercise make it more difficult to maintain that balance in certain situations.

Let’s start here – the Dietary Reference Intakes (DRI’s) recommend that women consume 9 cups of water per day, and males consume 12 cups of fluids per day. While these numbers may sound high, it’s actually quite attainable when we factor in all the fluids consumed during the day.

Ideally we want the majority of our fluid intake coming from water, but everything (except alcoholic bevy’s – sorry!) – including milk/milk alternatives, juice, and even coffee & tea – count towards our total fluid intake.

The first studies on hydration and its effect on performance came out many, many years ago (as early as the 1930’s!), and the research since then has led to our understanding that generally, a dehydration rate of more than 2% may negatively impact performance. By dehydration rate, I mean the amount of body mass lost during exercise (assumed to be water).

With that mind, I found this study by Lewis et al in 2017 kind of cool – as they used gastric tubes (a tube inserted through the mouth directly into the stomach) to hydrate or dehydrate participants prior to cycling trials, and therefore the participants were unaware of their hydration status. The sample size was small (as in many sport nutrition studies). However, surprisingly (or maybe not), the results were congruent with previous studies and did show a negative impact on performance when athletes were at or below ~2.4% dehydration rate.

Several studies have also explored whether having a hydration plan (ie having a plan to drink enough throughout exercise to prevent reaching 2% dehydration) versus drinking ad libitum (ie drinking when you feel thirsty) is a better approach. The results are mixed as to which approach is better- typically athletes will consume about half the fluids lost when drinking only when thirsty. But the question is: does this ultimately affect performance?

It comes down to several factors: length of exercise, type of exercise, temperature and weather conditions, performance concerns, and whether carbohydrate is being ingested. Like most other things in the world of nutrition, a custom plan that meets your individualized goals and situation, is the best idea (and that’s where we can help!). To get you started, here are some general guidelines.

Drinking based on thirst will work just fine if:

It also stands to mention that you should never gain weight (water) during exercise.  This can lead to a dangerous condition called hyponatremia (where blood sodium levels are diluted) and can cause serious consequences (and has been the cause of death in some cases).

What about active kids?

Several studies have demonstrated that many active kids go into practices or games already in a hypo-hydrated state, which then continues to worsen over the course of the practice or game. Many kids fall victim to voluntary dehydration while playing sports – meaning that they will feel thirst (indicator that they are dehydrated), and they will drink enough (a few sips) to not feel thirsty anymore, but it’s not enough fluid intake to actually rehydrate. Once again, the best approach is ensuring that kids are adequately hydrated before going out on the field, by getting between 7-10 cups of fluids per day for girls and between 10-13 cups per day for boys.

Sports drinks can play an important role in providing carbohydrate and electrolytes during exercise.  However, this is really only for activity lasting longer than 60-90 minutes continuously.  In general, I recommend that kids under 13 years of age stick to water for hydration (while playing sports and otherwise), as they generally do not need to be concerned about carbohydrate and electrolyte replacement at that age, and the sugar intake may impact hunger for other more nutrient dense foods, and may also cause dental caries.

For adolescent and adult athletes, sports drinks may be beneficial in more elite athletes who are training intensively, but it’s always best to consult a Sport RD to ensure that you have a solid nutrition plan in place (for day to day training and for during exercise).

The nuts and bolts: